With two Pro League seasons behind us, and multiple ranking periods logged away, it’s time for the next chapter of Halo esports—the 2017 Halo World Championship. With this years annual worldwide tournament now featuring LAN qualifiers, professional and amateur teams are more dedicated than ever to grind Halo 5: Guardians and fight for a chance at their share of $1,000,000 this March.

The first event on the horizon is UGC St. Louis, a $50,000 LAN tournament that will offer seeding points for the conclusive qualifier event in Las Vegas. Numerous pro and amateur teams have created new rosters and strategies heading into this event, so without further ado let’s take a look at the first ever Halo World Championship Power Rankings.

Criteria: “Based on scrimmage scores, tournament performances, and other factors/stats within the ranking period, how would the selected teams stack up against one another in a tournament LAN setting?”

For the first time in the history of Beyond Power Rankings, we have received a unanimous vote for the entire top eight from our panelists! All three panelists submitted identical ranks, which may be telling for the potential competition at UGC St. Louis.

At the HCS Fall Season Finals, Team EnVyUs had done the impossible. The roster comprised of Mikwen, Snipedown, Huke, and Pistola were able to tear the Green Wall down brick by brick by defeating reigning god squad OpTic Gaming in two Best-of-7 series. In the weeks heading into UGC St. Louis, Team EnVyUs and OpTic Gaming once agains stood above other professional rosters in terms of scrimmages scores and performances. While first place is a much more strongly contested throne in this competitive Halo season, our panel unanimously gave Team EnVyUs their blessing to take this weekend’s LAN Grand Finals.

However, the Green Wall is not impossible to rebuild. Last year’s reigning Halo World Champions are not to be trifled with, especially when considering their impressive LAN history. Before the HCS Fall Finals, OpTic Gaming had not dropped a game in a Grand Finals series, facing off against teams such as Allegiance, Enigma6, and even Team EnVyUs. Frosty, Royal 2, Snakebite, and Lethul are considered some of the most consistent and powerful LAN powerhouses in Halo, and they plan to treat UGC no differently than previous LANs. Despite falling to Team Liquid and Team EnVyUs in scrimmages in recent weeks, OpTic Gaming’s consistency against lower teams, and their dominant LAN history lands them in the #2 rank for UGC.

After the conclusion of the HCS Fall Finals, many debated whether or not a roster change was in order for third place finalists Team Liquid. Ironically, the members of Liquid were the first to begin shuffling as a part of roster mania, as Spartan and Commonly were swiftly replaced with Stellur and Eco. Headed by returning Liquid members Penguin and Rayne, Liquid is in an interesting place this season. Eco and Stellur will bring new skillsets to the team, as proven by their victories over Inconceivable and OpTic Gaming in scrimmages. Only time will tell if Liquid has upped their consistency and will be fighting their way closer up the ranks and competitive Halo placings.

Despite their departure from Team Liquid, the Spartan and Commonly duo did not hesitate to maintain a powerful presence in the professional Halo ecosystem. Joined by Suspector and Danoxide, the two now fight under the Allegiance banner, and have had solid performances in scrimmages against Luminosity, Liquid, and more. Due to roster change rules and regulations, Allegiance will be fighting through the UGC brackets without a pro seed. Will this team of four be able to conquer the amateur and pro brackets? We’ll find out this weekend.

Bubu dubu and Shooter have gone through hell and back with recent rulings and drama within the competitive Halo circle, but that isn’t holding them back. Similar to Team Allegiance, this group will also be competing through the amateur Open Bracket, but our panelists have found their scrimmage results to be thoroughly impressive. With the age requirement for the Halo World Championship now lowered to 13, the fourth member of Inconceivable, Shotzzy, has become eligible to compete, and many believe he is going to make waves at the first LAN of the season.

Evil Geniuses have hit a rough patch in their Halo 5 careers. The twin duo of Roy and Lunchbox claimed X Games Gold Medals in January of 2016, but have since fallen short in the two successive Pro League seasons. Now joined by renowned LAN performers Contra and PreDevonator, this four man squad joined by coach Towey are heading into UGC as a major LAN wildcard. Despite all four players have disappointing online performances in both scrimmages and within the Pro League, many still have faith that a different Evil Geniuses will show up on LAN. 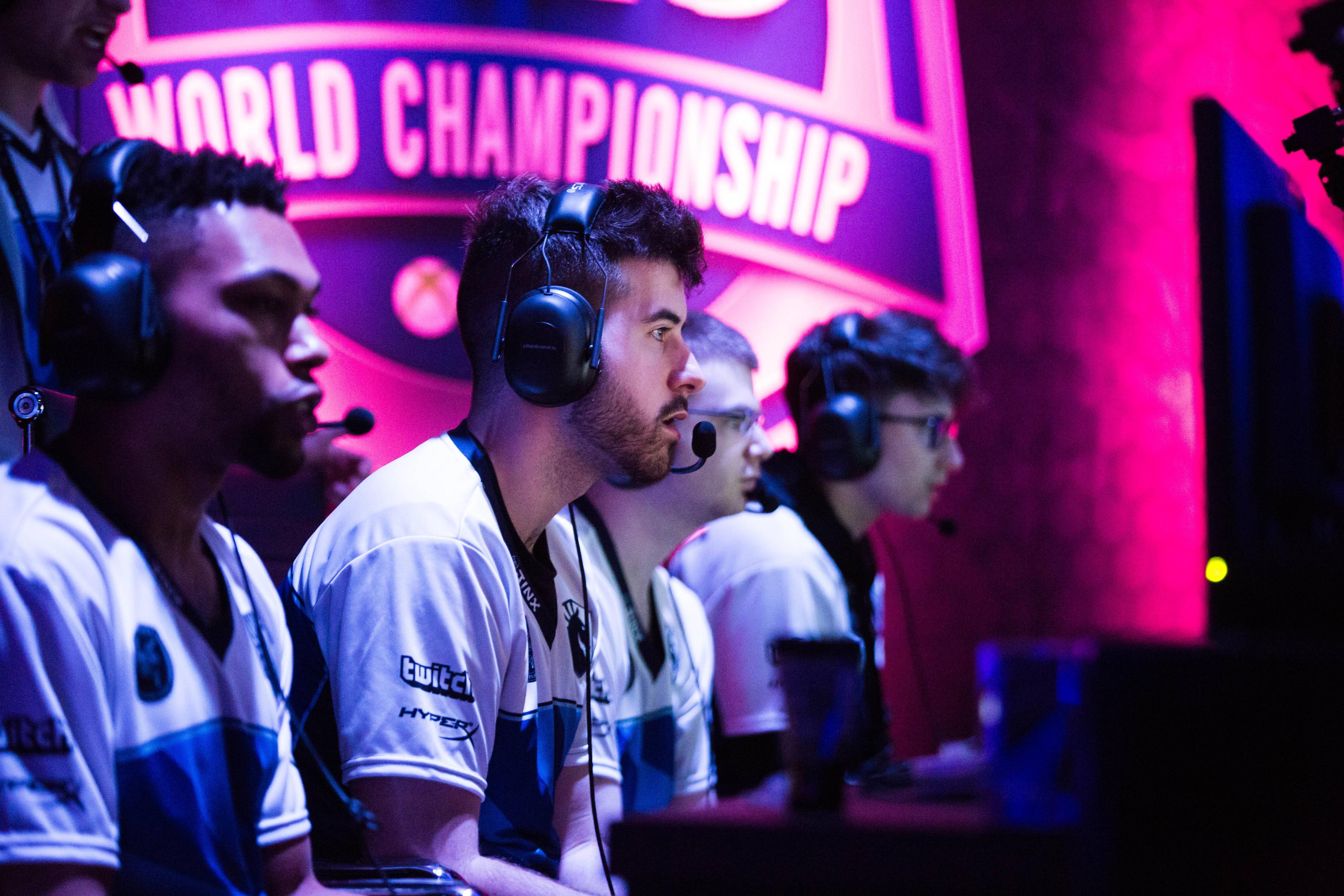 Although Team Liquid’s former Worlds roster reformed for the conclusion of the Fall Pro League Season, Eco’s departure meant a new face had to join the existing lineup of Heinz, Ace, and APG for 2017. With Renegade by their side, many people have decided to take a second look at the Str8 Rippin squad. They’ve proven that they can win the games and series that matter in the past, so many fans await to see if they can do the same at this weekend’s tournament.

Luminosity is an interesting team going in to UGC’s Halo World Championship LAN. Tripppey and Ninja will be joining the existing duo of eL Town and Victory X. Victory X and eL Town’s emphasis on strategy, and Ninja and Tripppey’s intense gunskill speak wonders for this team’s talent, but our panelists are concerned about their consistency and ability to smooth out their kinks before the LAN arrives.

And that concludes the first round of power rankings for the 2017 Halo World Championship! UGC St. Louis takes place January 20-22 and will feature dozens of hungry Halo competitors. Watch on Twitch.tv/Halo and discuss the entire event on our forums!